Well the final day has arrived, been and gone! Not sure where the last 2 weeks have gone really, they seem to have flown by. I think that last night we mostly managed a ‘normal’ night sleep, yesterday had been so busy we had no problem dropping off.

Well the final day has arrived, been and gone! Not sure where the last 2 weeks have gone really, they seem to have flown by. I think that last night we mostly managed a ‘normal’ night sleep, yesterday had been so busy we had no problem dropping off.

This morning some were a little slow off the mark, but were treated to a fantastic breakfast. Sponge cake and spring rolls, so ensuring that we stick to healthy eating policy as usual!

Stuffed to the gills with spring rolls we headed out to Disneyland Shanghai and the roller-coasters! Traffic was heavy but 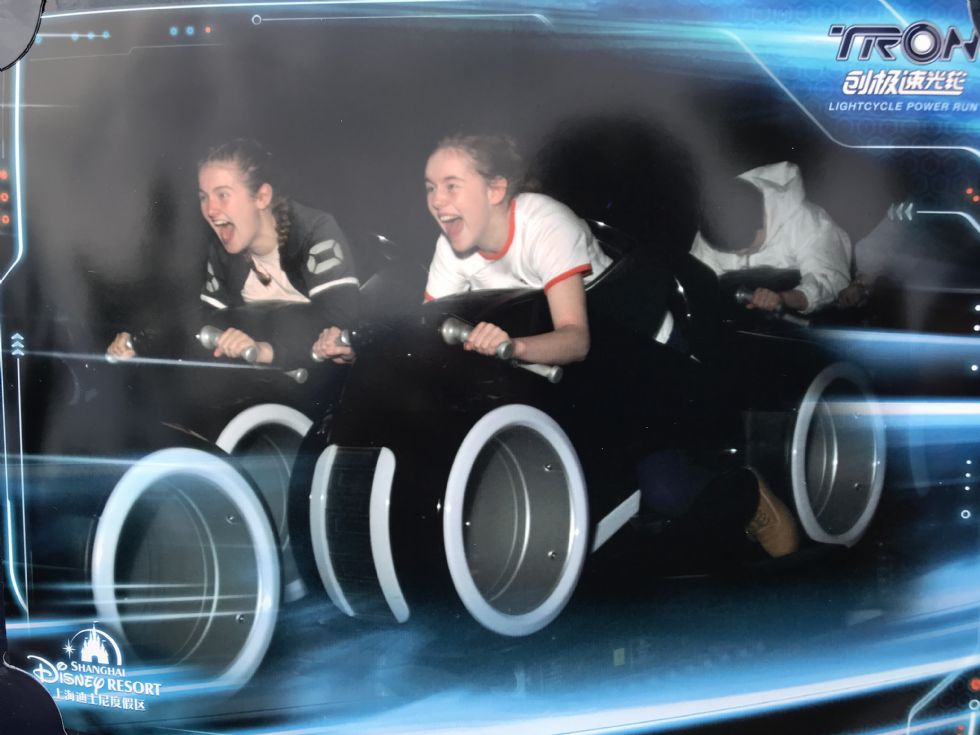 we soon arrived, it was busy, but not overly so. We were also treated to fantastic weather, blue sky and sunshine. A marked change to last year, cold and rainy! The students headed off in groups to enjoy the amazing sights and rides, Tron – a rollercoaster where you are on a motor cycle, the roaring rapids – a guaranteed soaking, and all manner of themed attractions, the enchanted castle, the Alice in Wonderland adventure, and my personal favourite ‘Remy’s coffee shop’! We met up through the day and students enjoyed waffles, burgers and ice-creams – all very healthy! At the end of the day we met up to watch the Disney Parade. The students all had a great day, really exciting, and after such a busy couple of weeks of sports leadership activities etc. a real grand finale. It really was the perfect end to the trip.

The students were in high spirits on the coach on the way back, and we asked the driver to drop us off at the supermarket so that they could all buy some sweets, crisps, and pop fruit, vegetables and water for the journey home. It was a very quick shop as we were due at the leaving party at 6pm. We got to the dorms at 6.01 and by 6.05 met up ready to head to the party!

Over to Mr Cooke….

After a very speedy walk back from the supermarket, there was just enough time for some to have a quick change before we headed over to the leaving party, Mr Barwise just had to put his glad rags on! (See the images… I made the effort to change out of my shorts Mr Cooke!!!)  We arrived to a massive buffet of food, there was rice, noodles, chicken, beef, pork, veg, chips plus a load of cake. The students looked very happy with this and it made our final Chinese meal here very special as the students sat an ate with the Chinese friends they had made over here and the students who will be joining us in England this summer. The farewell party over here is quite a formal affair attended by the Principal of the international department, Principal Eugene. It was also attended by a number of the teachers we have been working with during our time over here. 2 students from the Gold Apple School led the whole thing and this has certainly given me a few ideas for our leaving party in the summer. 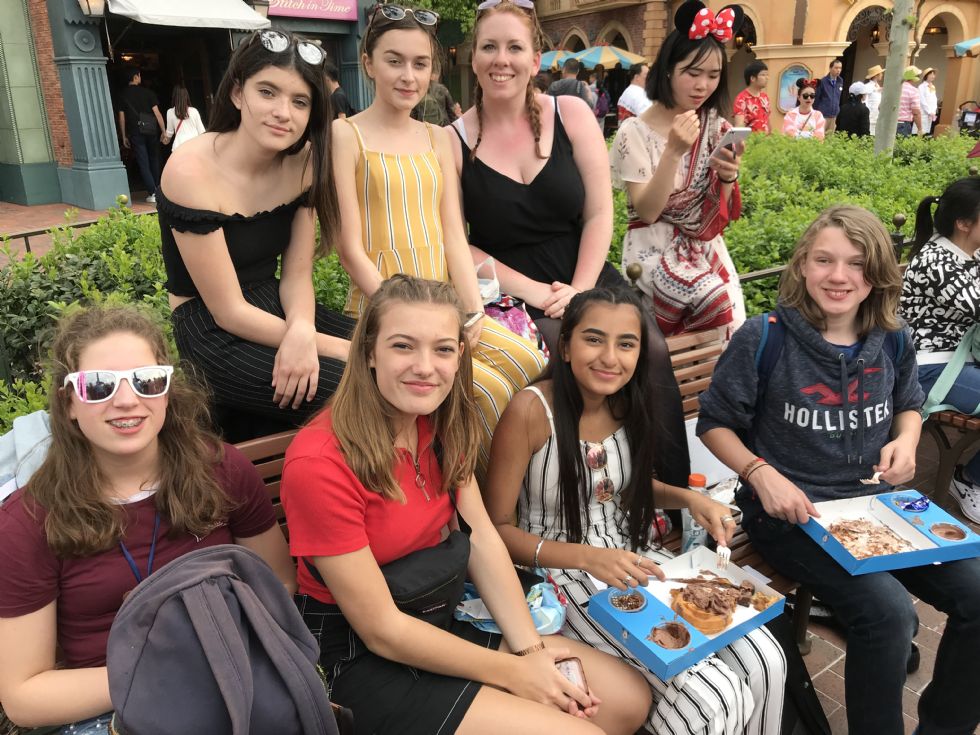 There was a huge variety of performances from the Chinese and English students and it was really enjoyable to see them lead and organise the whole thing. First up we had some singing from the Chinese students, there was 6 of them singing ‘heroes song’ from the traditional story the water margin. After this we had some dancing, again from the Chinese students. It’s refreshing to see their confidence when performing in front of a group, from being over here they do a lot of speaking and performing in lessons and they are obviously very comfortable in front of large groups of people. Next up was the Jack Hunt China Exchange “Choir” performing some Ed Sheeran, I was stood at the back filming and the Chinese students were really enjoying the performance and with little preparation our students did a really good performance. Some traditional Chinese calligraphy followed that was drawn in front of us and handed to Mr Barwise as a gist to take back to school, the message was obviously in Chinese symbols but the translations means “wherever you are from, you are welcome”. We will have to try and find somewhere to display it back at school. The final performance of the night was a nun-chuck routine performed by a Chinese student, it was very impressive to see. Unfortunately it was not quite as impressive when he asked Mr Barwise to join him and tried to show him how to do some of the moves. Mr Barwise has offered to perform at our version of the leavers’ party after he has had a chance to practice, so you can all look forward to this!

Only thing left was a final thank you from Mr Barwise to the Gold Apple School staff and students as well as a thank you to our brilliant students as well. We also had Lucy, Lydia and Grace A stand up and give a vote of thanks, they spoke very eloquently and confidently and gave a great speech. After this we had some time to exchange gifts and handed over some Peterborough books along with Stamford plates and cookies that the Chinese staff really enjoyed. We received a variety of tea, artwork and Chinese bookmarks to bring home with us.

After the party we headed back to the dorm to pack and prepare for our long journey home tomorrow, there are mixed emotions about coming home. Obviously they are very excited to see family and friends but they are also sad to be leaving after what has been a pretty incredible 2 weeks! We thought it would be a brilliant idea to get the students together and ask them to pick out their favourite part/parts of the trip and what skills they have learnt that will help them when they return back to school, outside of school or even further afield after they leave us to go onto university or the world of work.

We went round the group one by one and Mr Barwise has summarised their thoughts. 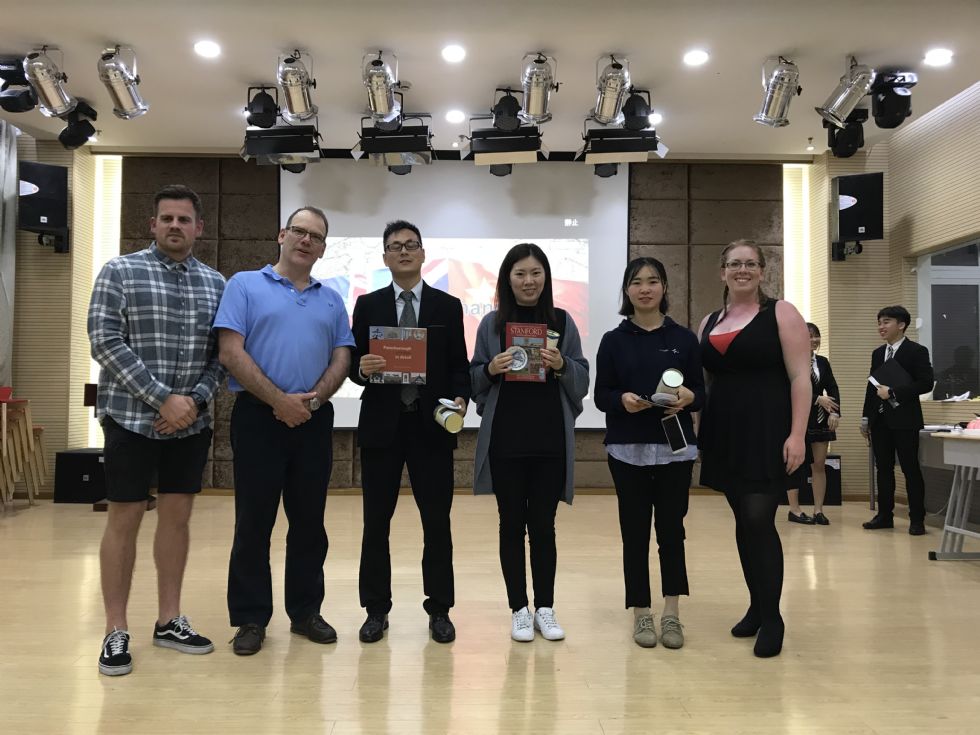 From a teacher point of view we spoke to them at the end and just said thank you for an absolutely fantastic 2 weeks. I have led many trips including a number of overseas trips and this has certainly been right up there with the best, Mr Barwise said the exact same thing. As we mentioned last night they have been really good company and the changes we have seen in the group and them as individuals over the last couple of weeks has been really quite phenomenal. They have been an absolute credit to the school and more importantly a credit to all of you parents and Mr Barwise told them all this. 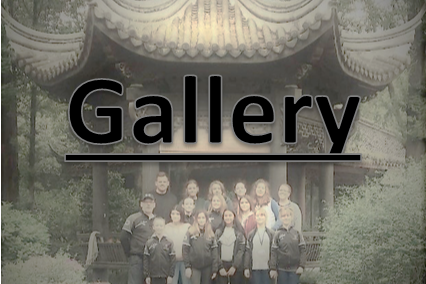 The trip does come at a cost and we understand this however I can assure you all of the students have certainly made the most of this opportunity and have made memories that will last a lifetime. Now it’s time for us to start thinking about packing and the prospect of 19 hour journey home from leaving the Gold Apple to arriving back at Jack Hunt tomorrow evening. Our flight is due to land at 4.45pm UK time, obviously it will take a while to get through and then we have to tackle the M25 on a Friday evening (not fun). We will try to update the school and China twitter accounts with an estimated time on arrival back at Jack Hunt, we will also let students message and call via the school phones if they need to.

We said we were starting to get to the ‘finals’ yesterday, today we had our final breakfast, final outing, final dinner and unfortunately we have now reached the final blog. We hope you have enjoyed reading the blogs, it has been good for us as staff to sit and reflect on each day and pass on what we have been up to. They will be a great memento for the students and fingers crossed they have done a good job of keeping you all up to date as well.

See you all tomorrow! 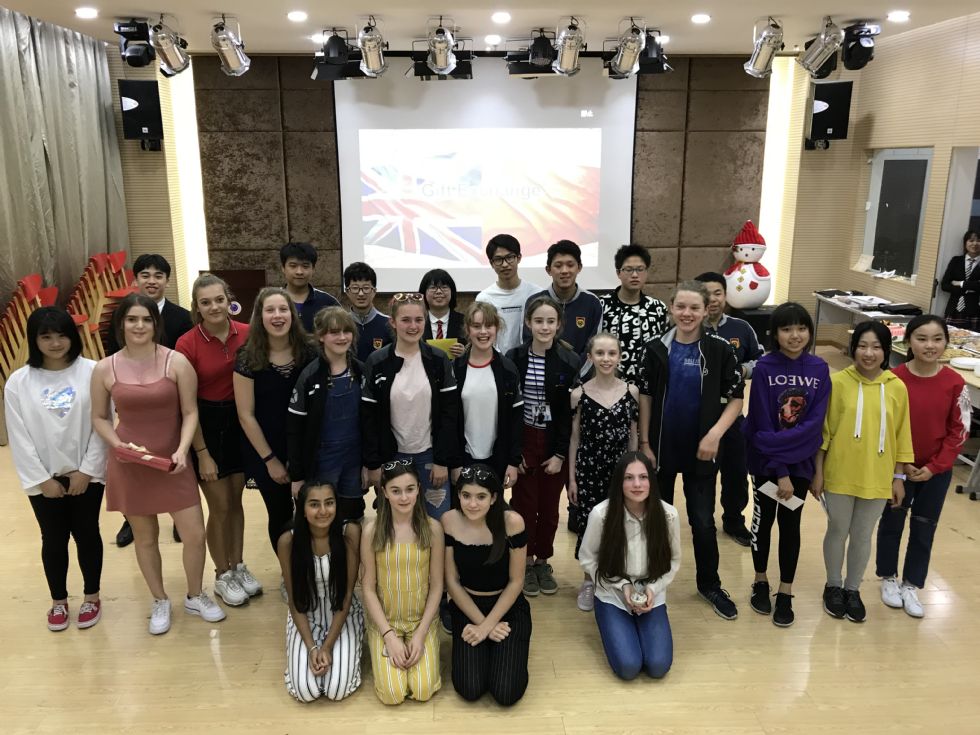