Four pupils, from year 7 and 11, along with Mr Tate - AV Technician and Miss Wheatley – Communications Junior, took to the stage to perform in the annual Scouts Gangshow at the Key Theatre. 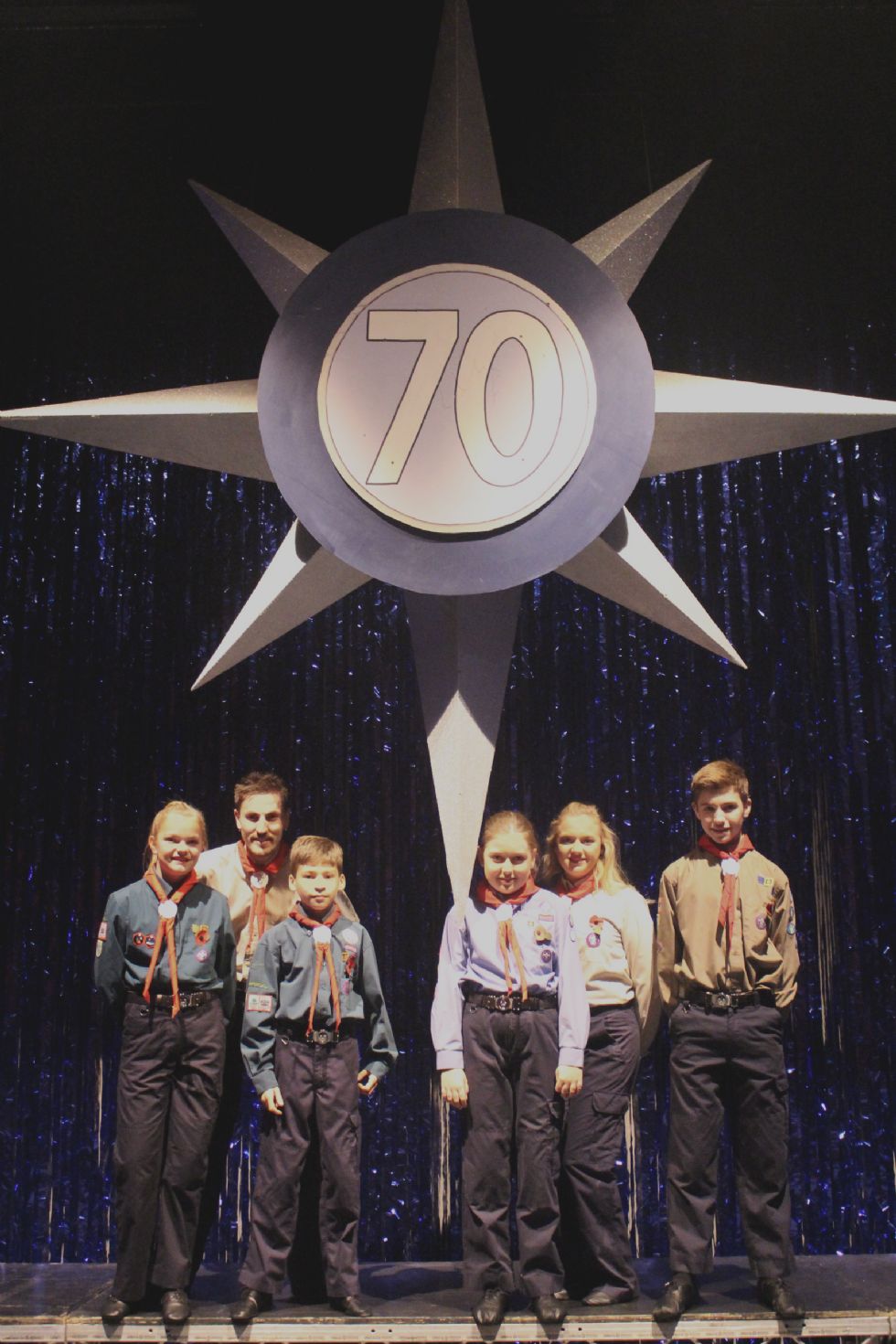 This year's show was extra special, as not only was it celebrating its 80th anniversary, but it also celebrated its 70th show.

Jazlyn from Year 7, who took to the stage for the first time this year said ‘I really enjoyed being part of the show and would like to come back next year’

The pupils joined a cast of 90 Scouts from across Peterborough to sing, dance and perform the variety show. They performed many well known numbers such as Matilda, Jack and the Beanstalk and Madonna, with Rhys, year 11, saying his ‘favourite part was dancing the Pirate dance number’

The show was a big success and enjoyed by all cast, crew and public, bringing people out of there comfort zones to become part of the gang. The colourful, toe tapping performances had the whole audience clapping and laughing along.

Mr Tate who is involved in both the production and the performance of the show says ‘right from the beginning when we put the show together you get a buzz that we’re building something special; and at the end to stand back and go yes, we’ve done something quite cool here.’

To thank the school, for being the main sponsors and providing the rehearsal space for the cast over the last 5 months, five members of staff were invited along as part of the Civic Party on the Friday evening.  Kat from Marketing described the performances; ‘It was Heart-warming to see the hard work and effort that was put into the show as it definitely paid off, it was a wonderful performance.’