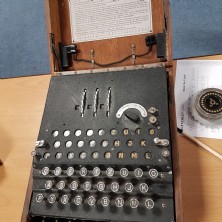 Tom Briggs, Learning Manager at Bletchley Park (once the home of to the top-secret World War 2 codebreakers) came into Jack Hunt School to deliver sessions to students in Year 7, 8, 9 and 10, during Maths Lessons. The students had the chance to take in some of the expertise offered and were given a valuable insight to a different and unique side of mathematics.

Tom talked about different types of Ciphers and Codes, alongside the crucial role Bletchley Park played during the Second World War in cracking the infamously challenging Enigma Machine. The Enigma Machine is a communication encryption device which was developed and used in the early to mid-20th century to protect commercial, diplomatic and military communications. The group of students then had the chance to use the Caeser Shift Cipher to crack a code before using the real Enigma Machine, this particular machine was the one used in the 2014 film ‘The Imitation Game’.

Students looked into different combinations of settings of the Enigma Machine to show how difficult it was to crack the codes sent through.  The sessions were completed by encrypting and deciphering messages as they would have been done during the war.

We would like to thank Tom Briggs for sharing this amazing opportunity with our students, whom all found the sessions to be engaging, interesting and worthwhile. 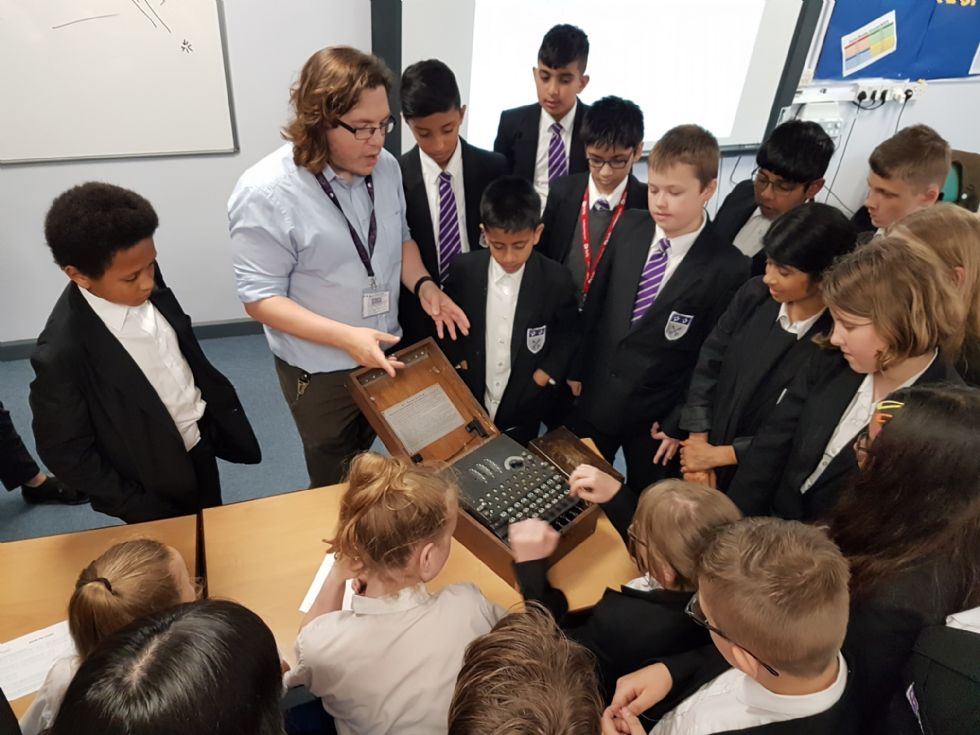