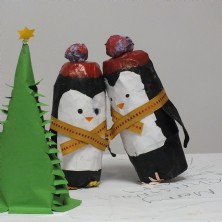 December has been a festive and joyful month with lots of Christmas events and activities taking place.

December has been a festive and joyful month with lots of Christmas events and activities taking place. Celebrations began on 1 December with our Senior Choir making their annual trip to John Lewis to entertain shoppers with carols and Christmas hits. 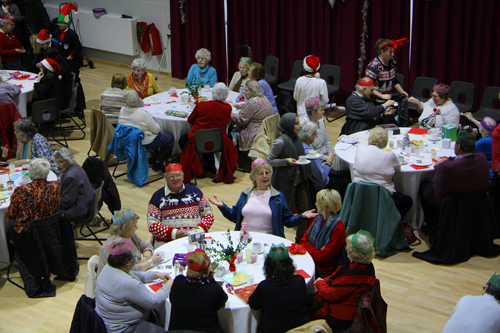 The festivities continued on Monday 12 December with our ever-popular Senior Citizens Christmas Party hosted by Jack Hunt students with the help of Miss Green and Mr Cooke. The party was a success once again with one of the largest turn outs, over 80 attendees! Everyone who came received an early Christmas surprise with Santa arriving to give guests their presents. Entertaining performances were in abundance with the School Choir singing songs such as ‘Let it Go’ from Frozen along with a variety of Christmas songs, plus they were treated to a dance performance on stage. The guests took part in a quiz and after the entertainment the results were announced. The winning quiz team were awarded a prize from Santa’s little gift bag and the winners of the raffle received either boxes of chocolates or 1st prize of a Christmas hamper.

On Thursday 15 December a group of students headed off to John Lewis to find out the real story behind the company's Buster the Dog adverts. They began with a tour around the Christmas department of John Lewis before relaxing in the bedding section where ‘Buster’s Christmas’ story was read to them. The relaxed students finished with off with a trip to the John Lewis café for a Buster the Dog cookie and juice.

On the same evening our Christmas Concert took place, showcasing the amazing talent of our music students. The students performed a variety of songs and pieces with our choirs, bands and ensembles all contributing. One of the highlights was the Senior Choir’s performance of Weeping, which gave Mrs. Kilbey a lump in her throat as it reminded her of her time in Africa. Blame it on the Boogie performed by the Soul Band was also very entertaining and the children from Sacred Heart Primary School gave a stunning performance.

On Friday 16 December we had our Christmas jumper and bobble hat day bringing everyone together and getting everyone into the Christmas spirit. The jumpers and bobble hats ranged from ugly and colourful to festive and fun. The school raised £329.09 for Save the Children and the NSPCC.

In the afternoon we also began distributing the student’s Christmas gifts in the form of a book for them to read and enjoy. The books were given out to launch our #JHSecretReader campaign for 2017. Students have been encouraged to share a photo of themselves reading in unusual places to Mrs Treacy, with prizes for the best pictures! 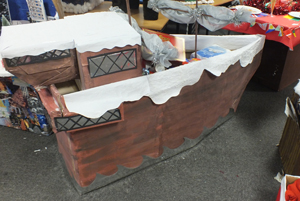 The Christmas Hamper Challenge has been in full swing. Each tutor group began preparing a hamper at the beginning of December which will be donated to those in need in time for Christmas. There was also a competition to see who could create the best presented and best filled hamper with voting taking place on Monday 19 December. Some of the contenders went all out, creating everything from reindeer to a Christmas ship. The winners of Best in House were BBES, EJML, KSJA and MABE. NCCS were also awarded Best in School for Presentation and CSMN Best in School for Content.

To see more pictures of the Christmas fun, check out our Photo Gallery