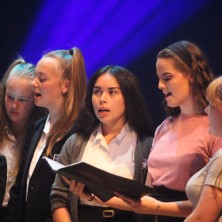 Musical Students from across the School come together to put on the Summer Concert.

Jack Hunt School’s annual Summer Concert always features an eclectic mix of live music that celebrates the achievements of our Young Musicians, both as soloists and within ensembles.

Featured in the first half was the Concert Band, opening with an arrangement of ‘Radioactive’ and closing with their instrumental rendition of ‘Havana’.  Many of the performers in this band then played with the Jazz Band in the second half, where both instrumental and vocal soloists were accompanied by the ensemble.  Particular highlights were Luisa Calitri, Year 13, singing ‘This Land’ and ‘Work Song’, which featured alto saxophone solos from Lottie Hood, Year 12, and Jake Tinkler, Year 10,  as well as an extended drum kit solo from Alfie Loxdale.

Chamber music skills are always featured in the concerts through performances by some of smaller ensembles in the school and this year was no exception.  The Brass Group performed their Disney Medley, featuring accomplished Year 9 and 10 students as well as one of our youngest instrumentalists, Harry Fordyce, Year 7.  The Woodwind Ensemble performed extremely contrasting numbers starting with Lottie Hood’s arrangement of Beethoven’s ‘Minuet in G’ and ending with ‘Supercalifragilisticexpialidocious’ which was arranged by Grace Carter, Year 12 and Lottie Hood.

Stunning performances from the Concert and Senior Choirs demonstrated just how hard the singers work as well as how much they enjoy and support one another.  This year the Concert Choir, led by Mr L Powell one of our Music Teachers, performed numbers ranging from ‘Space Oddity’ to ‘Tell Me It’s Not True’, which featured a beautiful solo from Ruby Etchells, Year 7.  The Senior Choir always delivers a diverse and exciting programme which is one of the highlights of the concert.  Following the release of the film, the Senior Choir opened the second half with an arrangement of ‘Bohemian Rhapsody’ in which complex harmonic part singing was demonstrated.  Other numbers included ‘Come What May’ and an uplifting gospel number, ‘Climbin’ Up That Mountain!’.

As always, solo performances of an exceptional standard were showcased in between the ensemble numbers.  Grace Carter and Lottie Hood shared their interpretation of ‘Yesterday’, whilst a breath-taking performance of ‘Maria’ from Francisco Gomes, Year 12, moved the audience.

Ahead of the student-led Year 9 Musical Futures concert on Thursday 9 July, one group that had made exceptional progress throughout the year performed ‘Zombie’.  Even though this was a display of the progress made in classroom music, the group had rehearsed regularly independently and made outstanding progress.  Congratulations to Kayla Ajero, Pamela Santos, Lawrence Gould and Kim McConnell-Wilson.

All musicians from the Choirs and Bands came together for the final number to accompany Francisco Gomes singing ‘Respect’.  It was a spectacular evening showcasing a range of music performed to a very high standard and demonstrated the incredible talent of the young people of Jack Hunt School.  Mr T Amos, Acting Head of Music, brought the evening to a final close, using lyrics from the song ‘Dear Theadosia’ to express his pride in all of the hard work from the students. 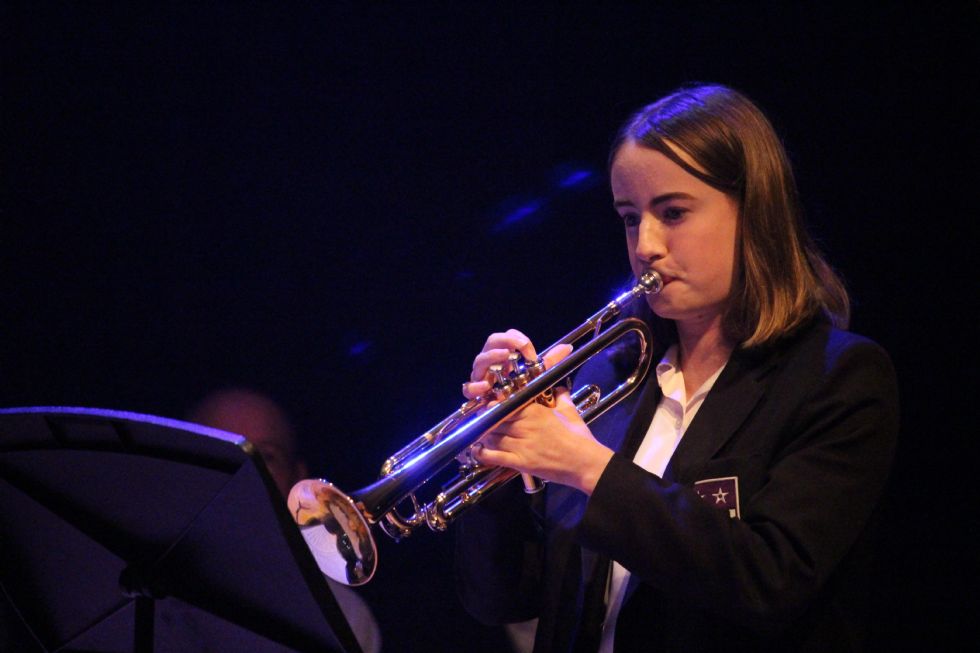