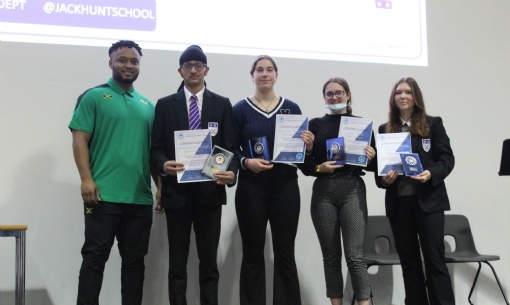 Students achievement's celebrated in our annual Sports Awards with Olympian

The Sports Awards took place on Monday 7th March.  Students were nominated by their PE teachers to receive a number of awards after demonstrating fantastic achievement and effort in sport and PE over the last 2 years.

Students received awards for outstanding achievements in GCSE PE, Cambridge National and A-levels. Awards were also given to students that demonstrated outstanding progress and achievement in particular sports both in school and outside of school representing county and National squads.  Awards were presented by Olympic Bobsledder Ashley Watson, who is a former student from Jack Hunt School between 2005 to 2012 who then progressed on to study Physiotherapy at Sheffield Hallam University.  Ashley’s most recent achievement was competing in the 2022 Beijing Olympic Winter Games as part of the Jamaican Bobsleigh Team.

Ashley then spent time with the students signing autographs and sharing his journey to the Olympic Games.  Students were able to ask him questions and share his knowledge about competing at a high level.  We look forward to being able to rewards students more in the future and to be able to invite parents to attend this event in the future.  Full details of all the award winners below; 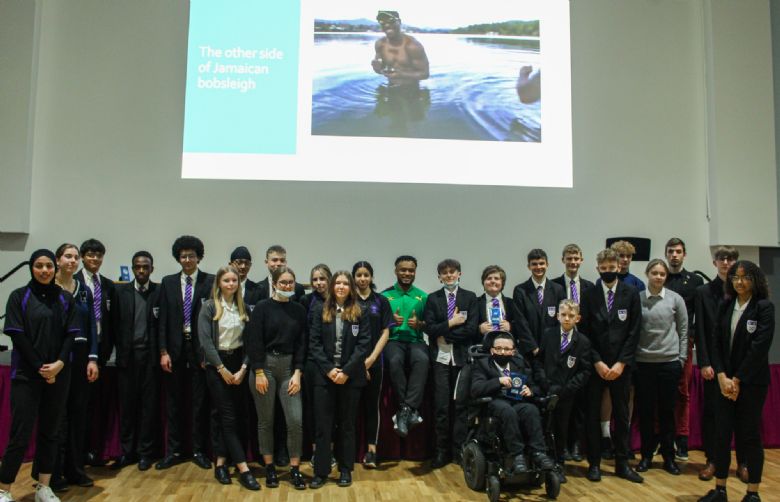