This year’s annual Ski Trip went to St Anton in Austria over the February half term. 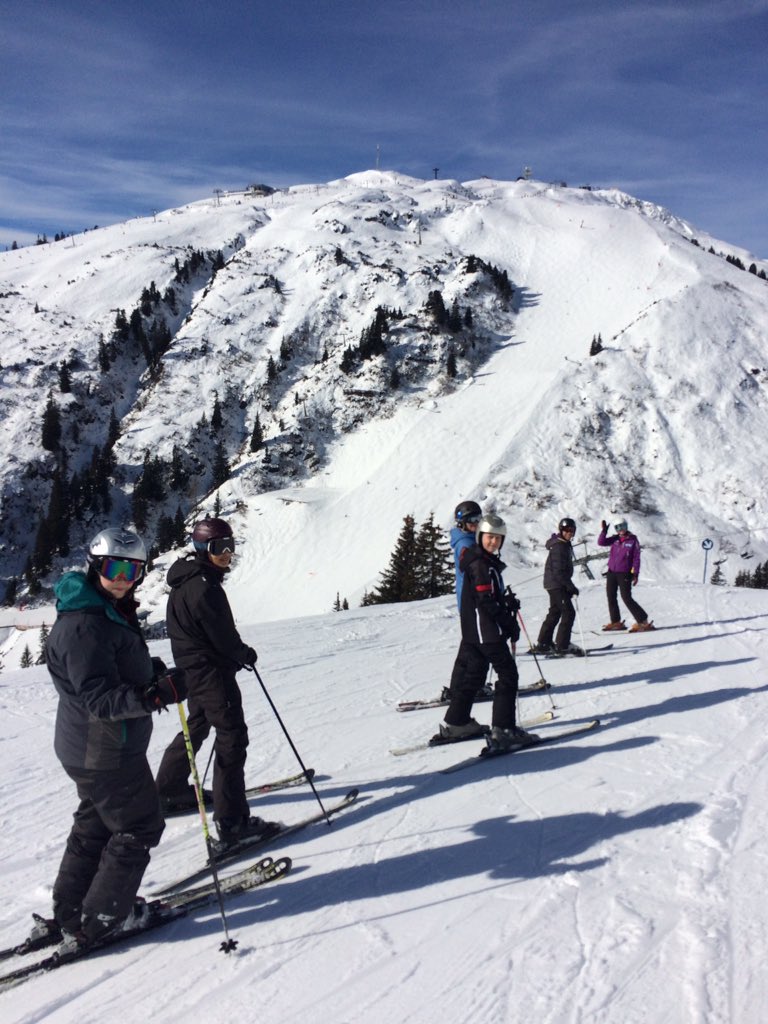 This year’s annual Ski Trip went to St Anton in Austria over the February half term.  The coach left Jack hunt school around 7:30pm after the last day of school and the coach headed to Dover to catch a ferry across to Calais, arriving on the other side of the Channel at around 2:30am. The students slept much of the way but when they started to wake up to their amazement they were in Luxemburg and it was time to make a pit stop and find somewhere to eat. After breakfast it was back on the road, onwards to Switzerland then to Austria, seven countries in less than 24 hours!

The 2017 Ski Squad arrived at the resort just in time for dinner and they were served with VIP Status. After dinner it was time to unpack, then they were off to bed so everyone was ready for an exciting day of skiing.

The student’s woke excited for their first day skiing and when they hit the slopes it was great to see them getting to grips with their skiing skills; riding the T-bar, snow ploughing and linking turns very early on during day one.  After a busy day in the snow, it was time to celebrate Sophie’s birthday which was an excuse for everyone to eat cake. During the trip they also went swimming during the evening as well as to a local bowling alley.

Most of the week the weather was amazing and the students progressed really well, mastering their skills on the slopes.  Towards the end of the week everyone became mini professionals really enjoying their time on the slopes. On the last evening staff held an awards ceremony.  The accolades included; ‘Most Improved Boy’ - Bartek and ‘Most Improved Girl’ – Ellie, ‘Mum of the Week’ - Kimberley for constantly looking out for everyone, ‘Wipeout of the Week’ - Emily for a spectacular fall on the last day in the fun park plus a number of others.

This trip was a great opportunity to learn to ski but also a really good opportunity for the students to learn life skills as well.  Students showed fantastic teamwork, communication and resilience amongst others skills throughout the whole week.  Staff particularly commented on how Kimberly Gould stepped up during the trip, being like a third member of staff, looking out for the other students and especially making good use of her German language skills.  Kimberly thoroughly enjoyed the week saying “It was hard but really rewarding”.  When asked what was the highlight she said “The WHOLE week was a highlight!”